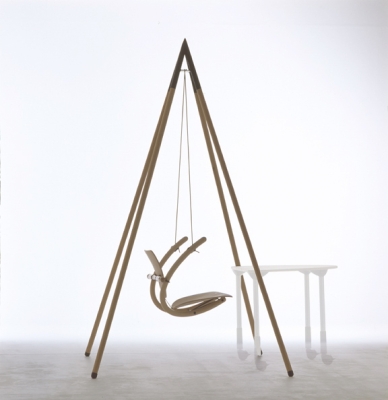 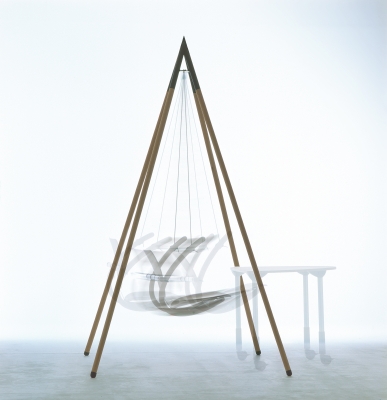 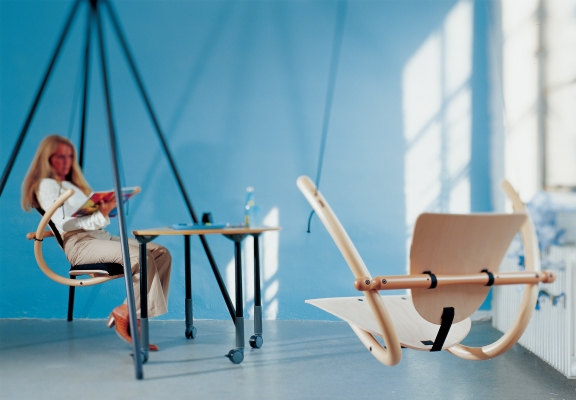 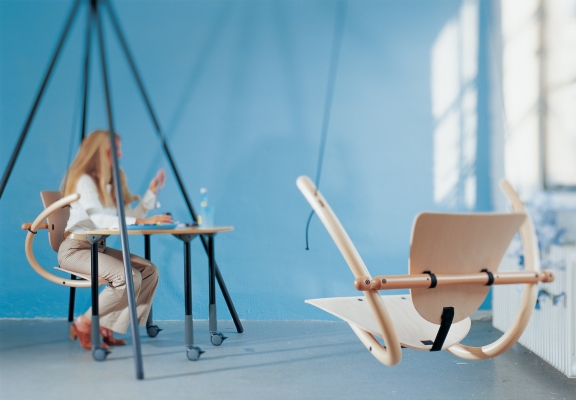 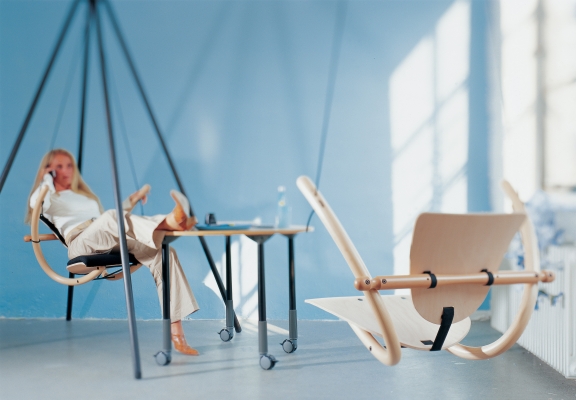 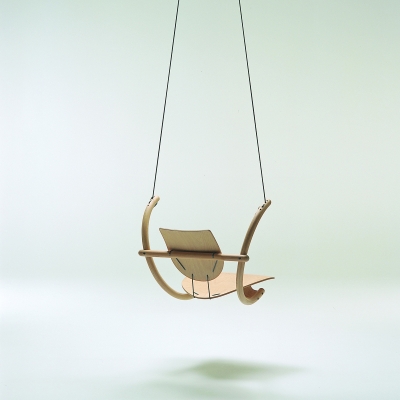 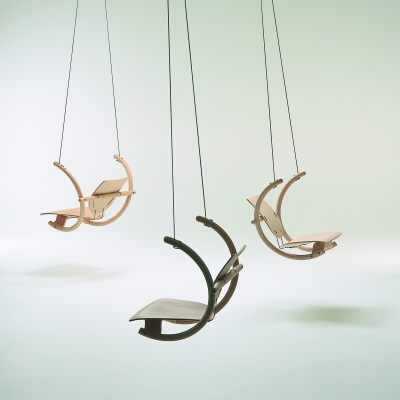 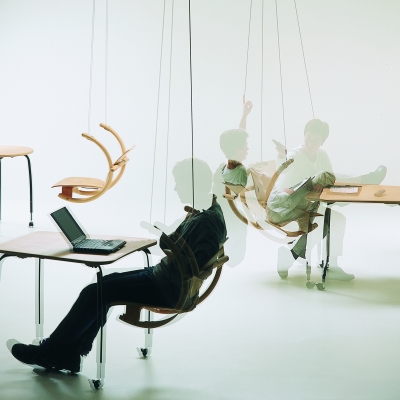 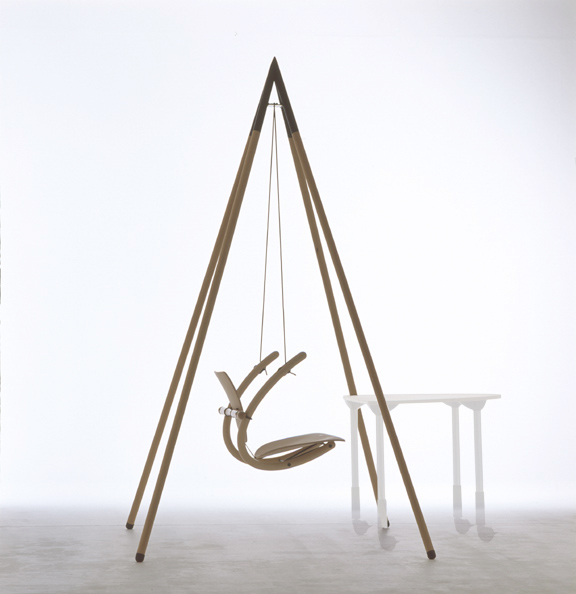 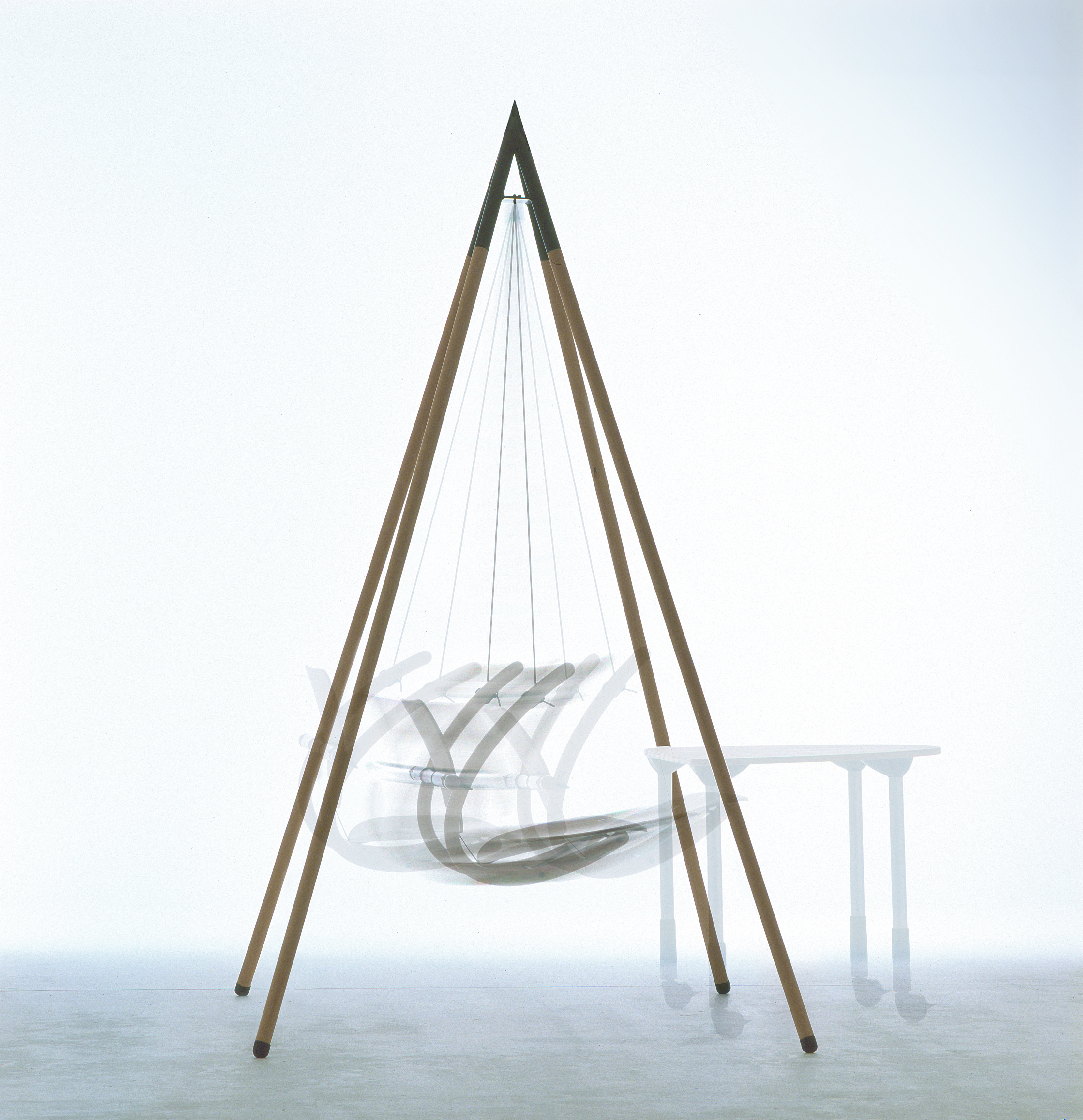 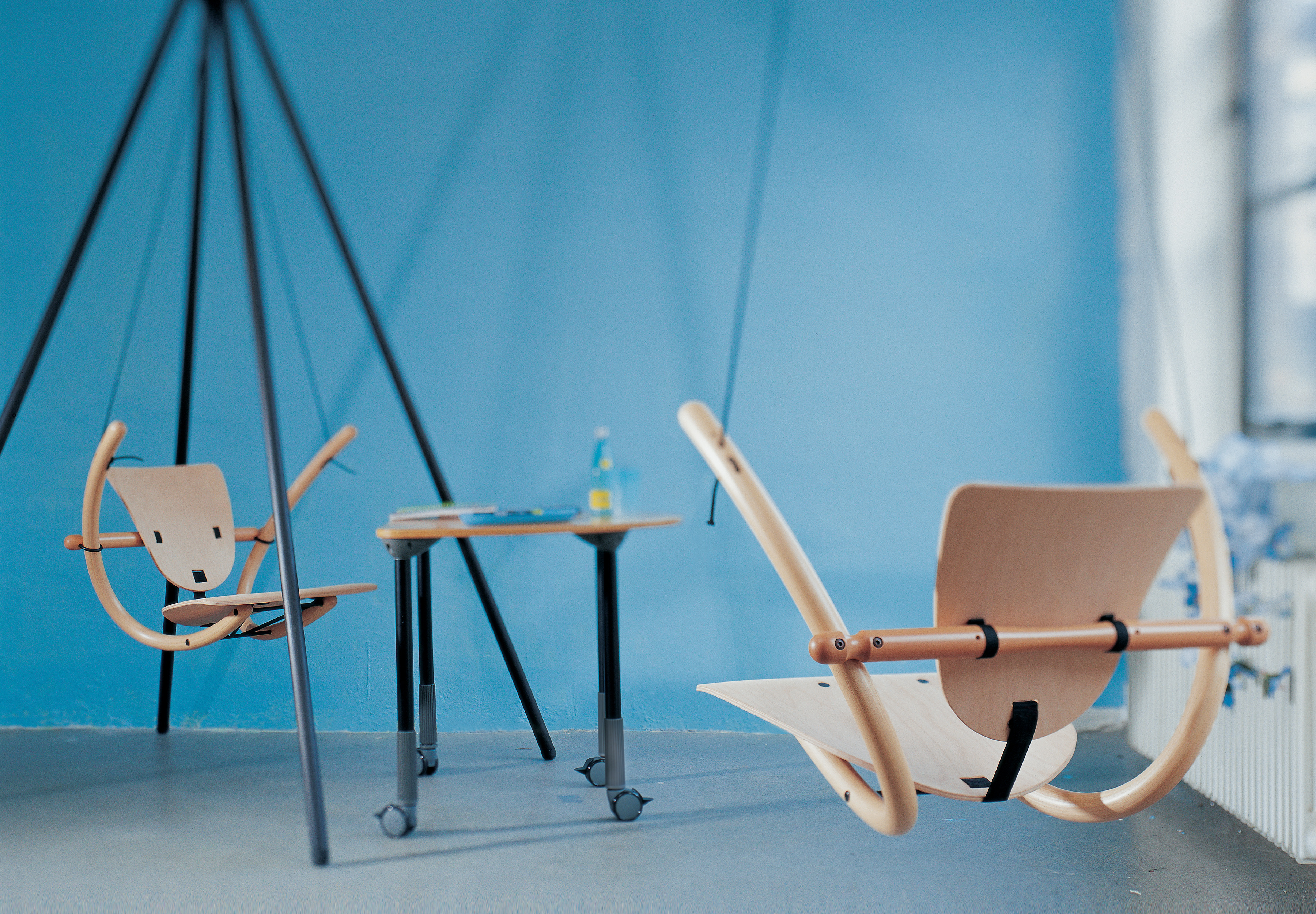 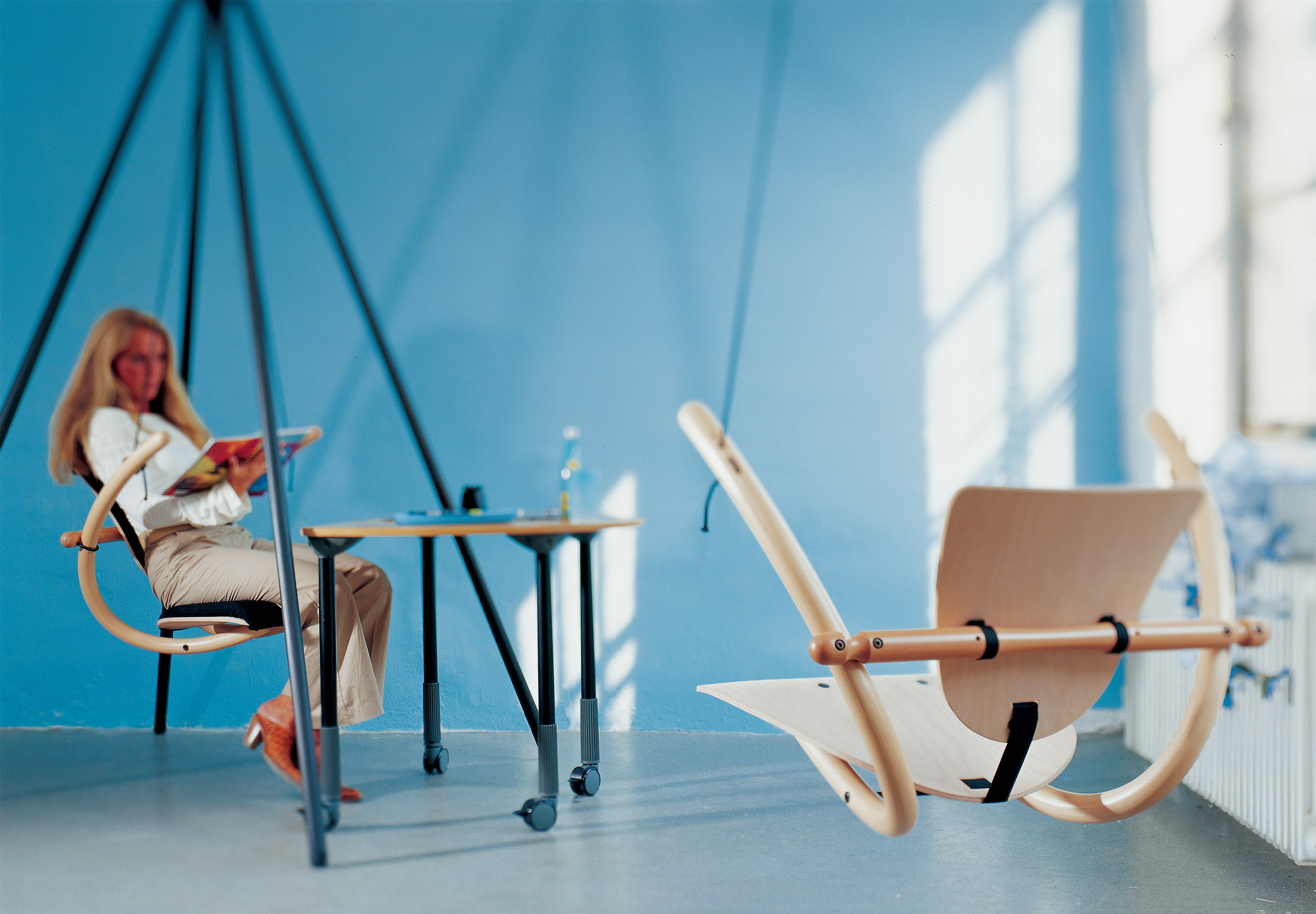 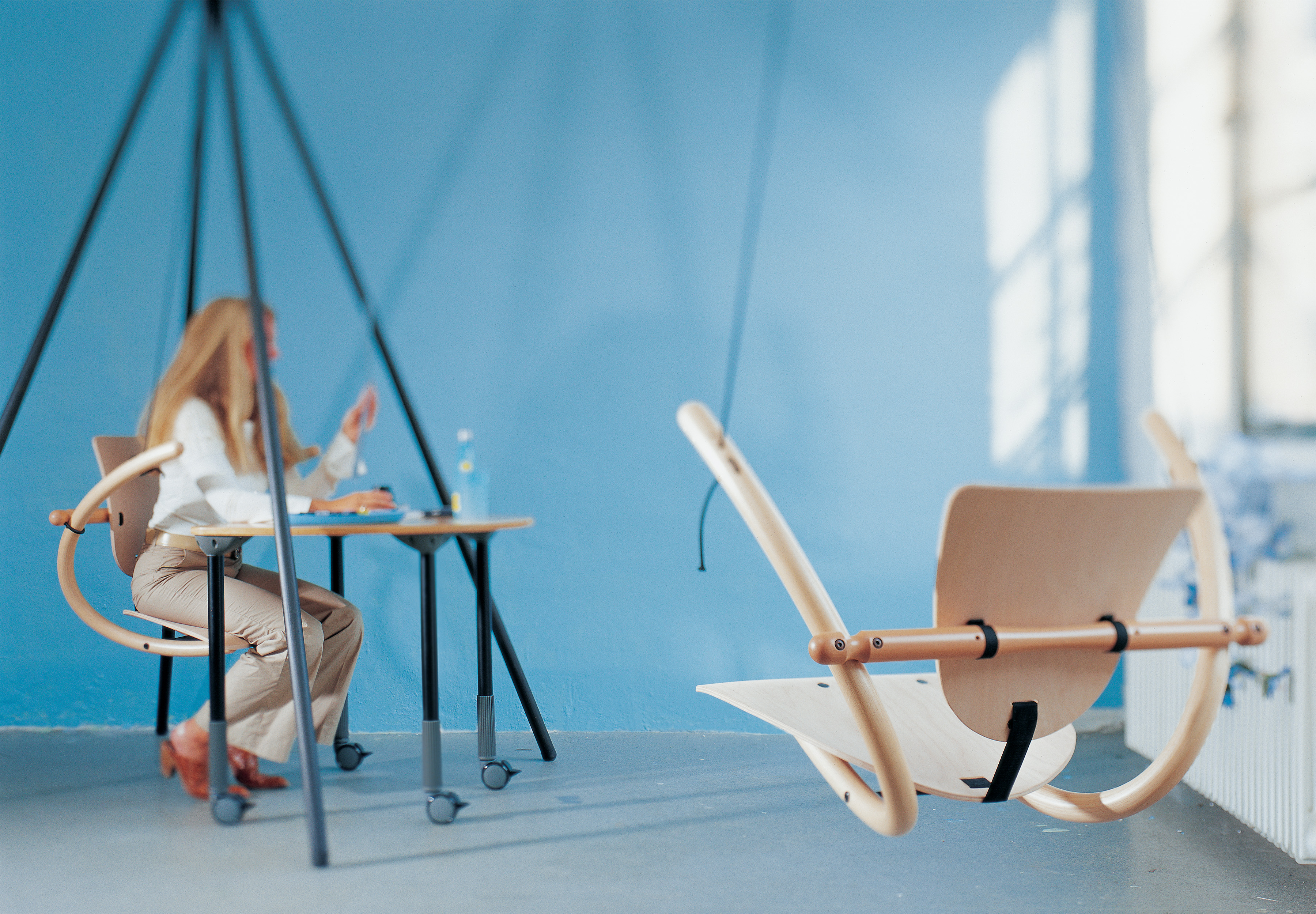 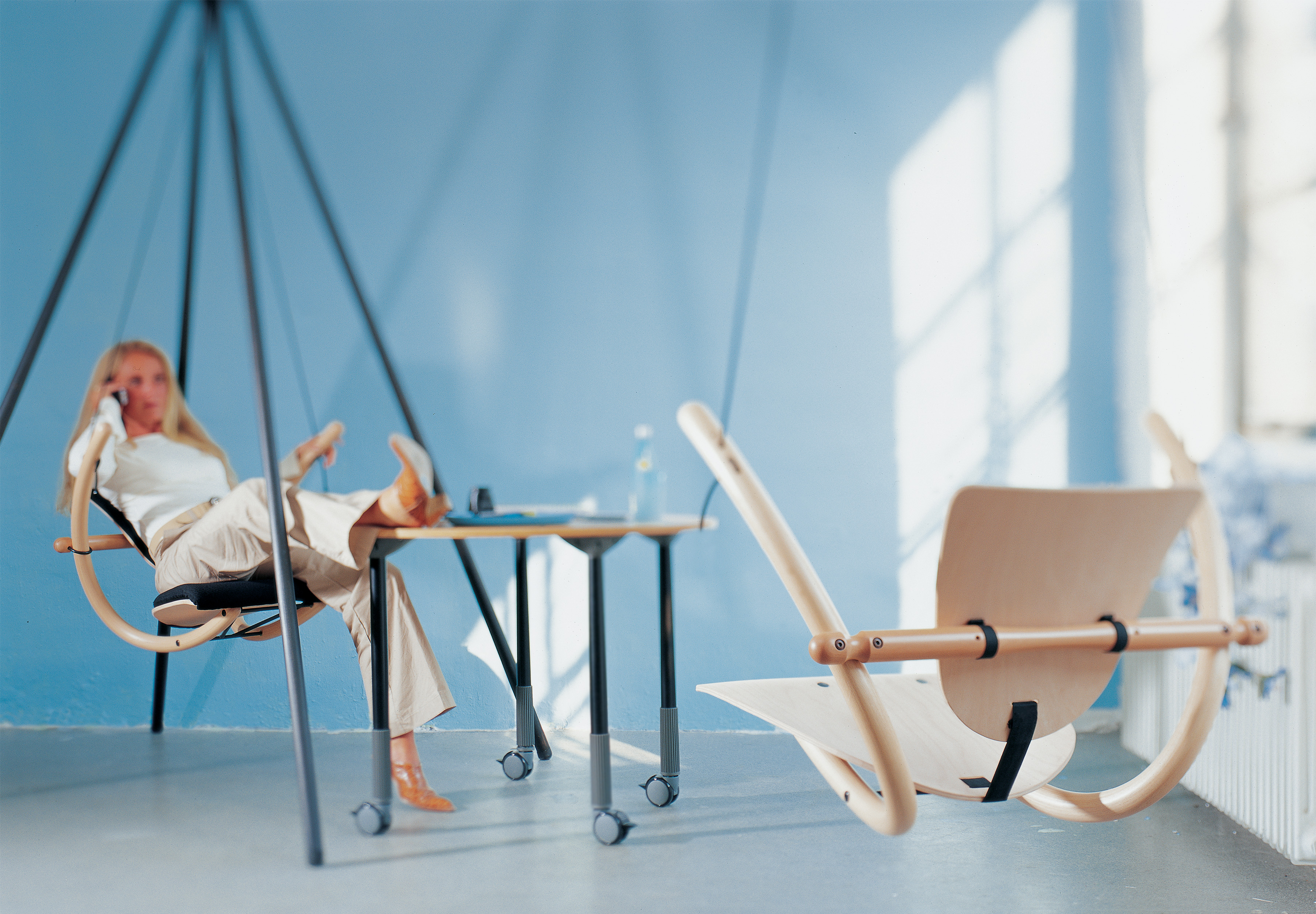 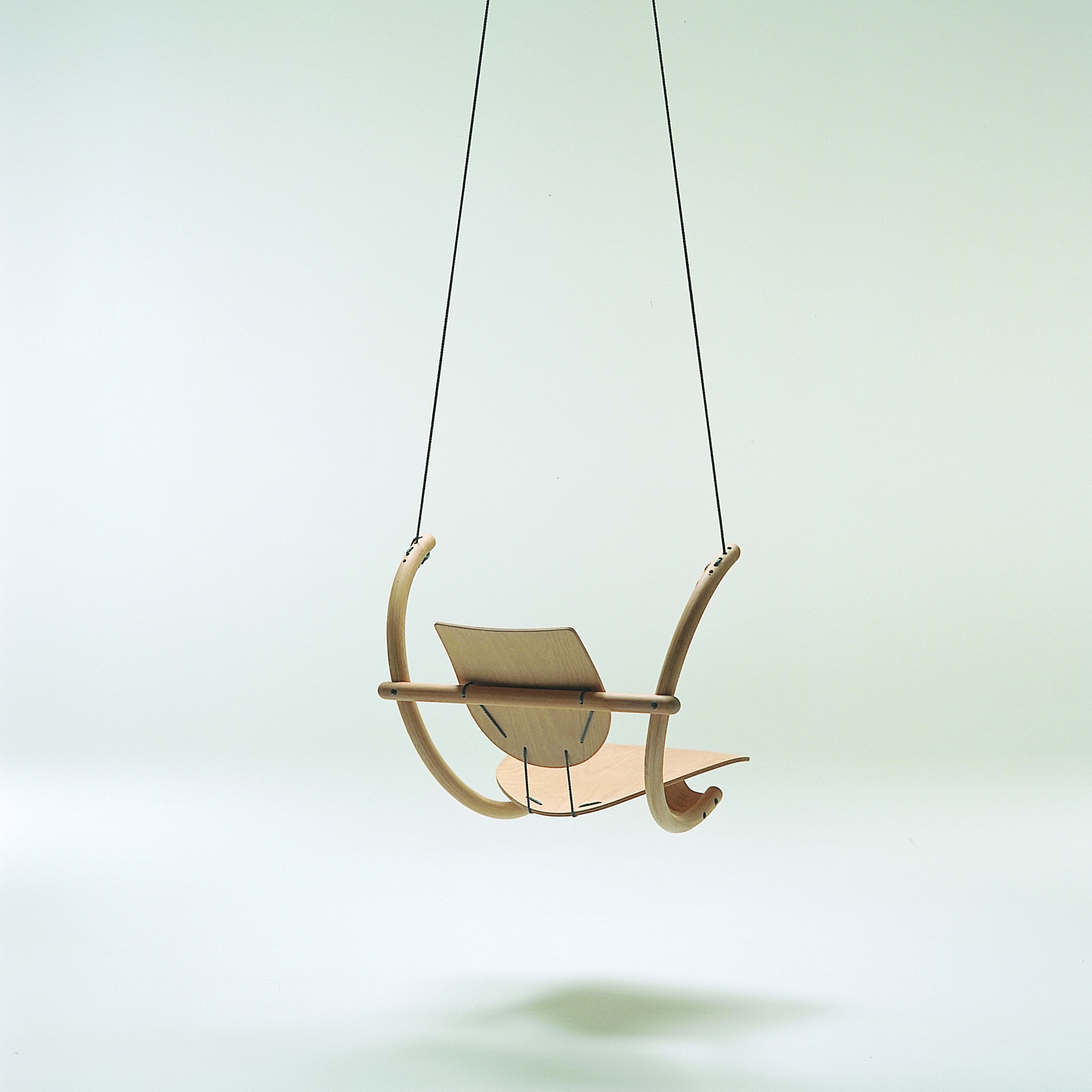 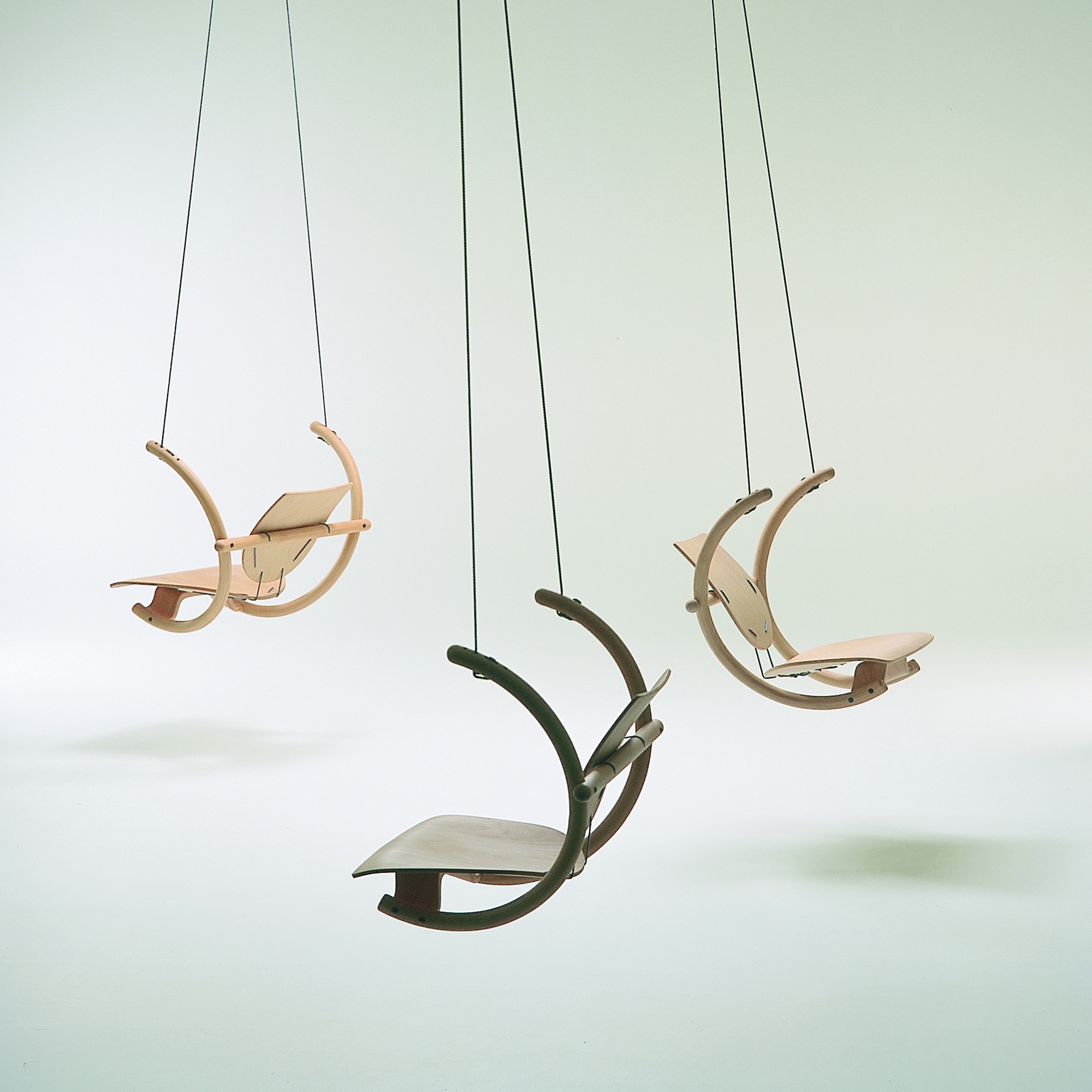 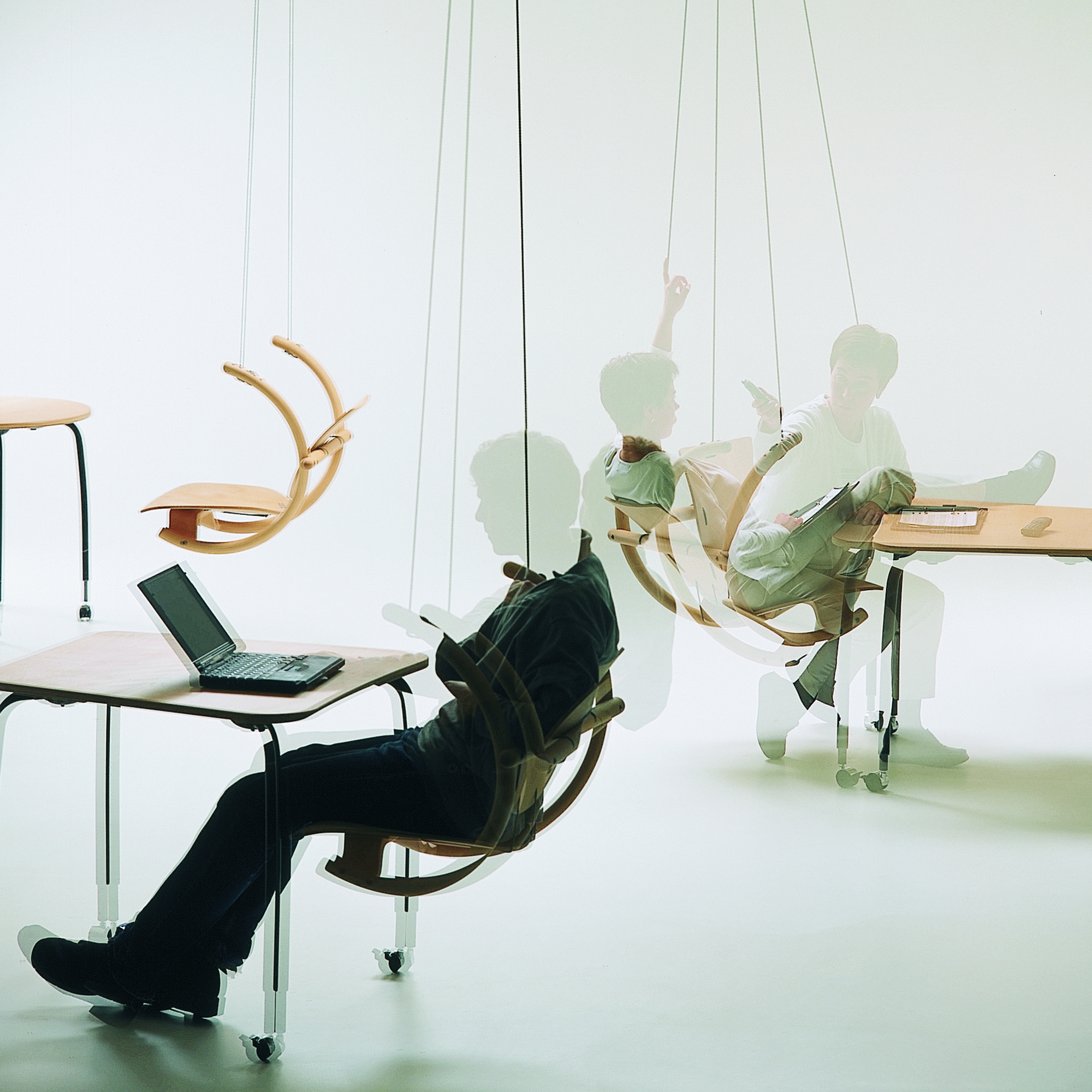 Keep on swinging" also after sitting down

What is it that fascinates us about sitting on a swing? It gives us a sense of freedom. No other kind of seat allows us such freedom of movement as one suspended from ropes.

No one ever sits completely still on a playground swing, do they? That’s because we all prefer movement to remaining motionless when our surroundings are conducive to it. Suspended bodies move smoothly and rhythmically, responding easily to any influence. No other sitting device can so easily set us in motion as the playground swing.

The Swing or support surfaces are suspended from above, attached to one point. It came in two version, one attached to a pyramid. Alternatively, attached directly to the ceiling.

The body of the chair hangs from two ropes that are fastened to the top of the C-shaped sidepieces. These attachment points are the chair’s “tilting mechanism”, allowing forward and backward tilt. These angular movements occur in addition to the floating swing movements on the horizontal plane. The height of the chair is adjusted by tightening the ropes. The seat and back plates are also attached with flexible bands to provide tilting.

Tilting forwards or backwards is possible without a resource-intensive mechanism.

Compared with traditional office chairs, we have done away with: the 5-star base, the gas-lift and complicated tilting devices. The rope performs all these functions and more. In addition, the materials are renewable wood. Because the chair is suspended from above, it is recommended that a lightweight table on casters or wheels should always be used. So instead of moving the chair to the table, the table is moved, achieving comfortable work positions.

Initial studies show that the ceiling version of Swing without cushions represents 1/10 of the environmental impact other working chairs represent. This is equal to "Factor 10", which is an important goal within environmentally aware design.

This concept was first shown in 1999 at the "Movement - Peter Opsvik" exhibition in Ghent.