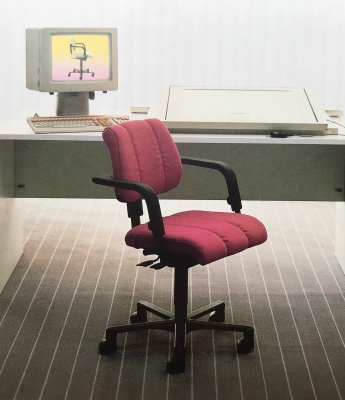 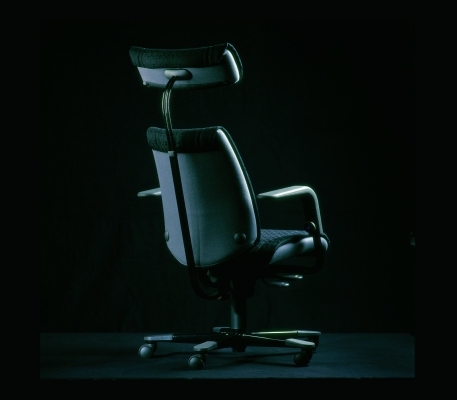 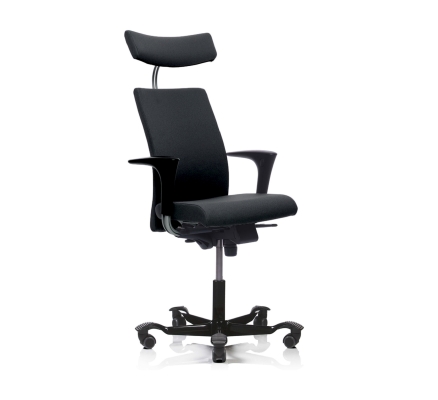 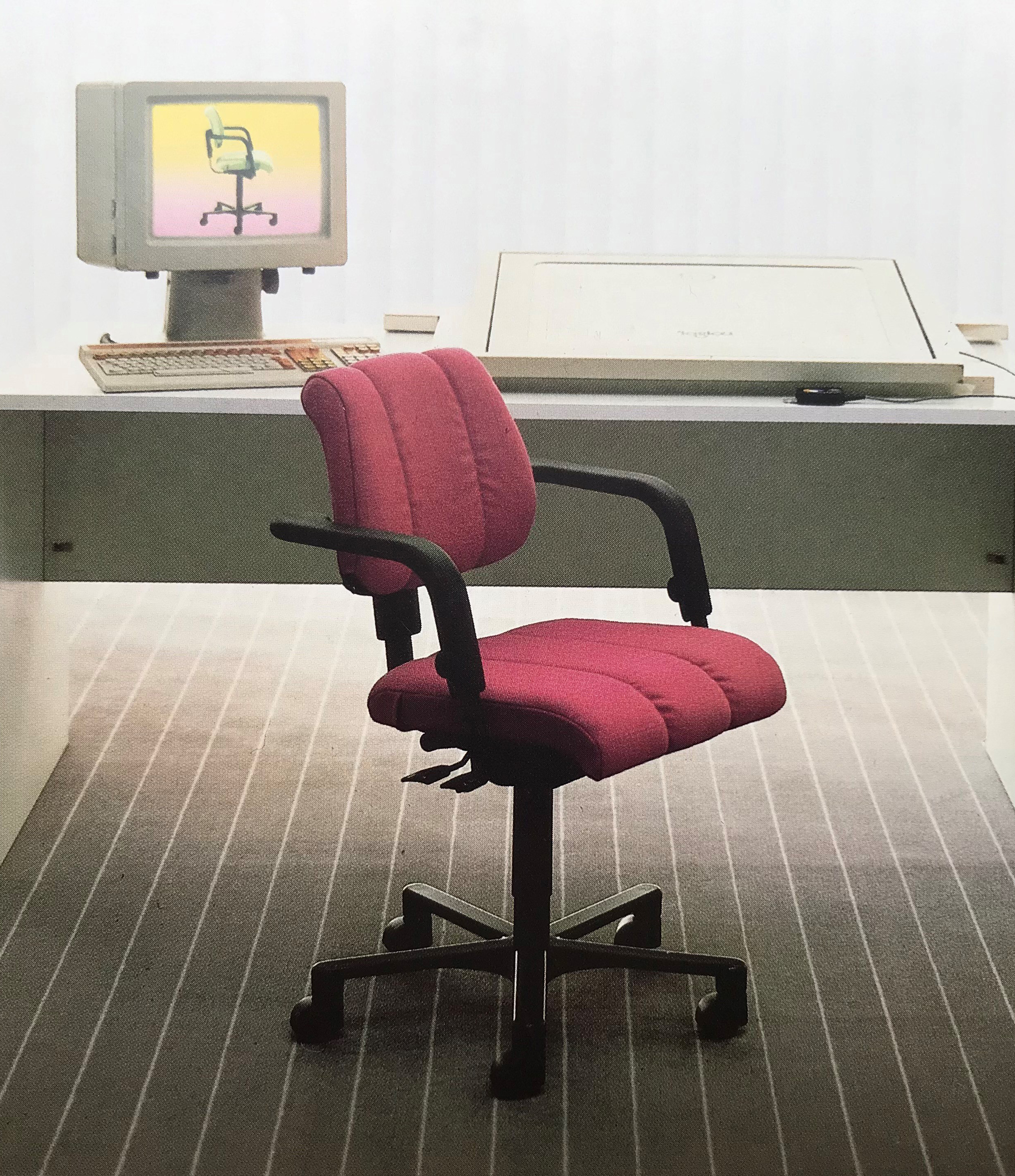 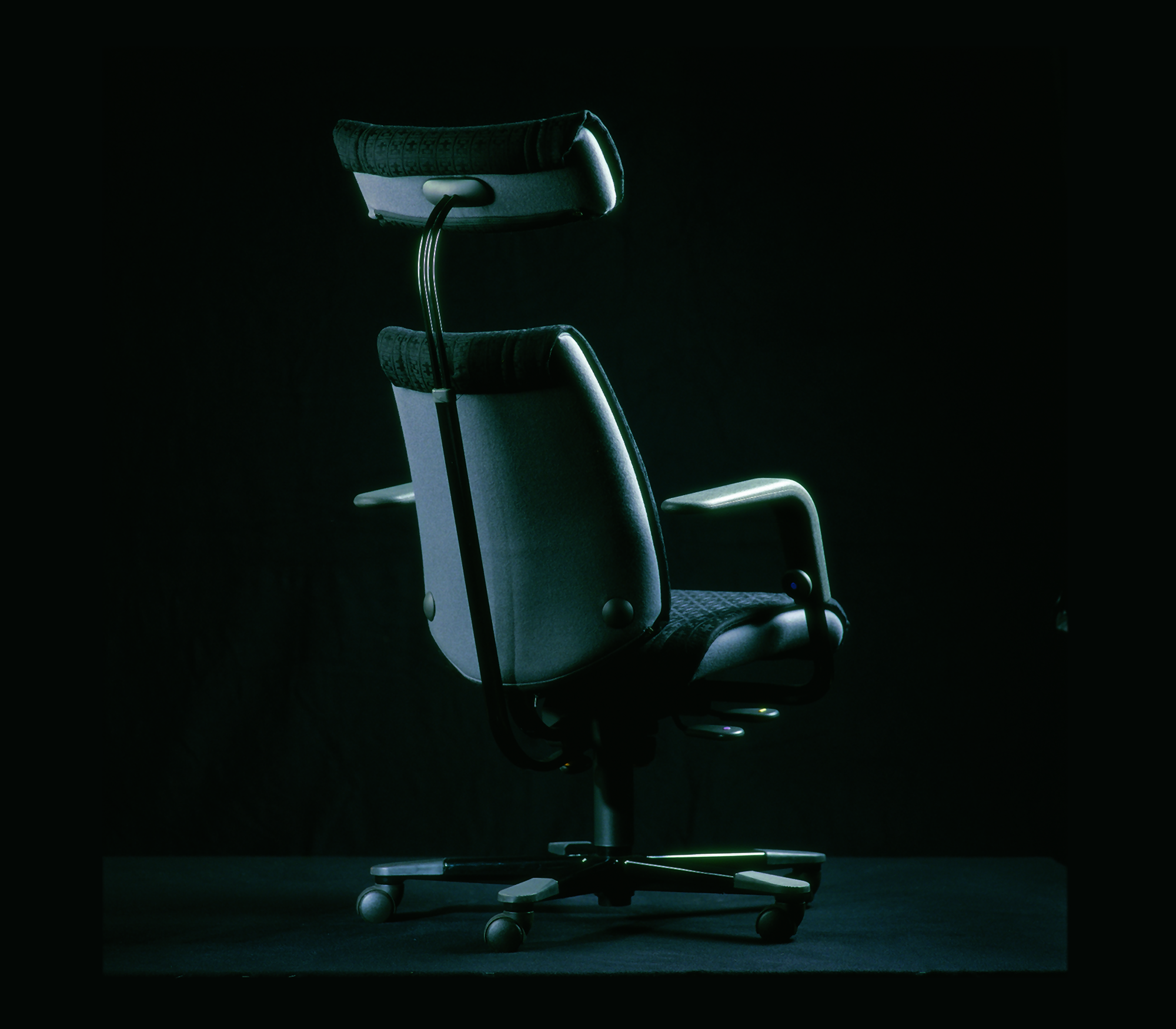 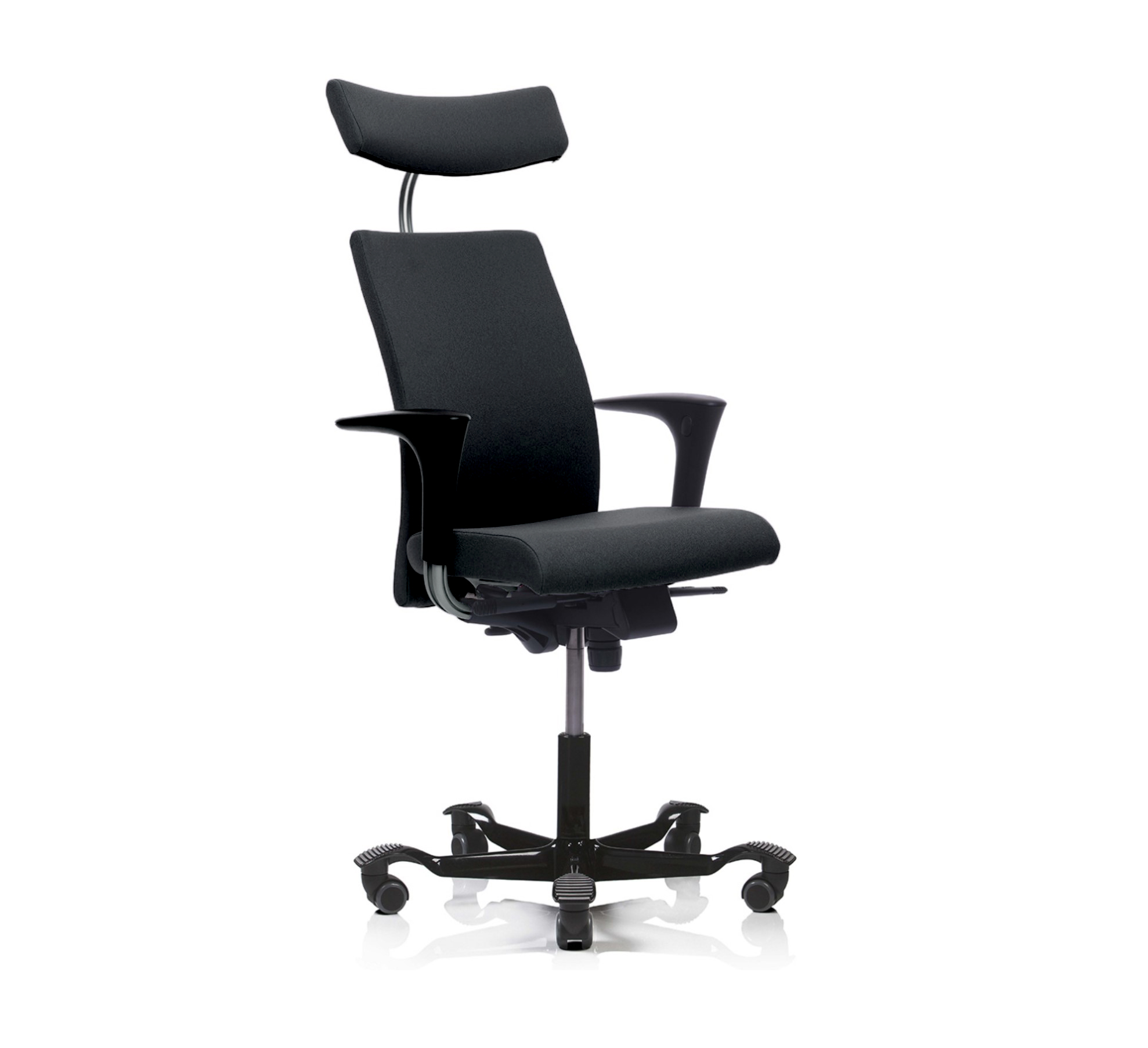 Credo was the first office chair that tilted freely

The Credo was launched in 1982 and had the motto "A chair for every position". The dual message addressed not only body positions but also the hierarchical “positions” held in a commercial enterprise. In the past, it was primarily only the people holding a certain “position” who were privileged enough to have a chair that tilted and offered a reclined resting position.
Credo was the first work chair to feature "free flotaing movement" that tilted both backwards and forwards. These movements could be made freely without having to use handles.

Sitting in balance with the body weight over the chairs tilting point, allows the feet to regulate and control the tilting movement of the chair.

Credo was highly adjustable to fit a large user group. It also had a seat plate that could slide in and out for regulating seat depth. (Peter Opsvik introduced this sliding seat pan in the “2010 chair” for HÅG in 1975).
“Support areas” for the feet, on the foot base, was introduced in 1992 with Credo 3000.

Credo was the first office chair that tilted freely and comprised numerous ways of making adjustments to customize the chair to any body size.

It became a very popular work chair and in the late 90ties Credo had sold over 1 million copies and was one of Europe’s most sold office work chair.